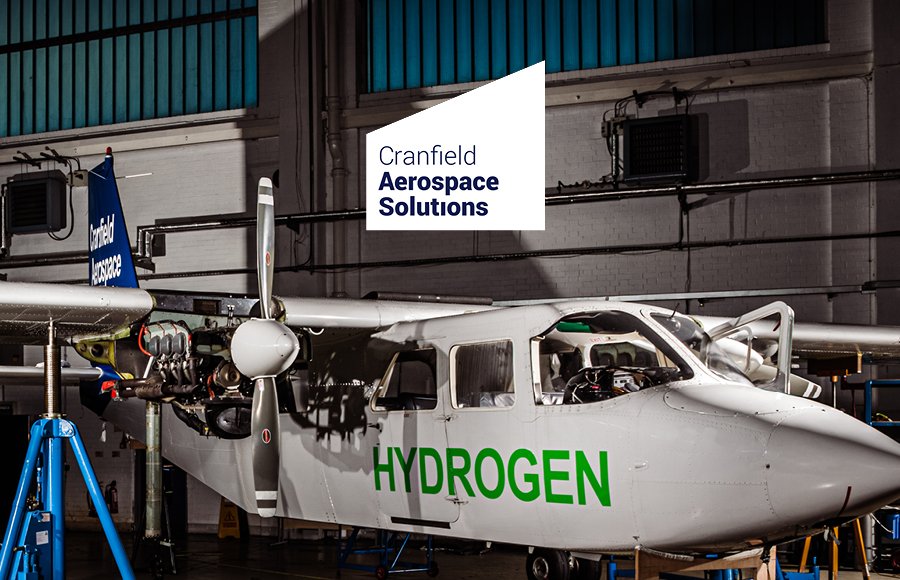 Following our recent announcement that Cranfield Aerospace has been selected by Air New Zealand as the sole hydrogen-powered aircraft as part of the airlines’ Mission Next Gen Aircraft programme, CAeS CEO Paul Hutton reflects on the opportunity presented by hydrogen-powered aircraft in delivering a green revolution to the way we fly and the UK’s place in the global revolution.

Changing the way we fly and travel

The introduction of zero-emission aircraft will enable us to re-think our approach to regional connectivity and the way we currently fly.  As we outlined with many others in our recently published NAPKIN report, zero-carbon emission flight is entirely possible from the middle of this decade on sub regional routes, on aircraft that range in size from 7 to 19 seats. The report also projected that it could be cost-effective to replace the entire UK regional fleet with safe, certified, zero-carbon emission larger aircraft by 2040, comprising 50-90 seats.

As the ATI’s FlyZero study pointed out and as Airbus revealed at the company’s 2022 technology summit , significant progress can – and is – being made within R&D for larger aircraft powered by hydrogen, with larger aircraft potentially using hydrogen combustion from the mid-2030s.

But from now until then we do not have wait. Hydrogen technology in aviation is closer than you think and it will start small. We are working to convert the propulsion system of a Britten-Norman Islander 9-seat aircraft to that of gaseous hydrogen via a fuel cell system with the goal of bringing it into commercial service by 2026 flying routes of up to 200km.

There is an immediate role for hydrogen, and we are encouraged that greater consideration to the so-called sub-regional element of air travel is occurring. Adjusting to net-zero aviation by 2050 (and, in some cases, even more stringent targets in certain countries) means that operators across the world are viewing shorter journeys in a new light. Newer, sub-regional routes, relying on smaller, zero emissions aircraft, flying from smaller airports close to the communities that they serve are increasingly being viewed as crucial building blocks and a way to prove the technology before it is matured to larger aircraft.

Air New Zealand is leading the way in considering how shorter routes could be served by smaller zero-emissions aircraft where traditionally much larger aircraft have been used, albeit inefficiently. This will of course have knock-on effects to fleet management and operational models but in this new age of aviation, everything needs to be reassessed. And with kerosene prices predicted to rise significantly owing to carbon taxes and the price of hydrogen predicted to fall owing to more renewable energy coming on stream for production, the cost equation is now changing.

Further investigation should also be given to how many sub-regional airports could be resurrected to serve sub-regional passenger services. The infrastructure is already there – it just needs an upgrade but one that could serve as a local hydrogen generation hub, powering not just the aircraft but the airport itself and possibly the surrounding community.

From an industrial competitiveness point of view, whichever nation takes a lead on delivering these early sub-regional green aircraft will have a significant strategic advantage over their competitors. The UK is sending the right signal with the publication and now implementation of the Jet Zero Strategy. But there needs to be a greater sense of urgency. Policy can drive innovation and through innovation, the world has a unifying pathway towards addressing the climate emergency while multiplying jobs and creating economic opportunities. Countries like the UK can flatten the research and development curves of the technologies, drive down costs and make adoption easier on a global scale.

The importance of targets

Targets are essential to maintain focus and to help sustain the momentum that is required to reach our environmental goals. It is encouraging that in aviation stringent targets are not only being agreed upon, but some nations are choosing to set even more challenging ones. As my colleague Jenny Kavanagh wrote recently, the newly adopted International Civil Aviation Organisation (ICAO) long-term global aspirational goal of net-zero carbon emissions by 2050 marks a turning point by providing an international policy framework for the global aviation community to adhere to. But this should only be considered as the bare minimum.

There is much ground to cover between now and 2050 and many countries are throwing down the gauntlet to industry by implementing more near-term targets. Take, for example, the US states of California and Hawaii, both of which require net zero to be reached by 2045 and not 2050.  In terms of aviation, Norway has a target of zero-emissions internal flights by 2040 and closer to home, the UK government will consult next year on a target to for domestic flights to reach net zero by 2040.

These targets clearly demonstrate the commitment to decarbonise aviation and have an important signaling effect in driving industry – and associated investment – to accelerate sustainability developments.

The road to true zero emission aircraft will be complex. Different technologies will coexist for a certain period until a complete switch towards zero-carbon and zero-emissions aviation can be achieved. But whatever the technology, there must be no let-up in pace: as an industry we must not be complacent; we must assume that eventually governments will intervene in response to public pressure and curtail air traffic volumes if the aviation sector does not meet its environmental goals.

Countries like the UK can flatten the research and development curves of the technologies, drive down costs and make adoption easier on a global scale. And we must all play our part – on the small scale and on the large, collaborating at home and with our compatriots on the other side of the globe.